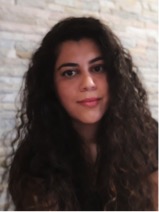 Chrysanthi Demetriou studied Classics (with specialization in Latin literature) in Cyprus (BA), Cambridge UK (MPhil) and Leeds (PhD). She is an Adjunct Lecturer of Latin at the University of Cyprus (Department of Classical Studies and Philosophy) and an Adjunct Tutor at the Open University of Cyprus (Programme ‘Studies in Hellenic Culture’). Her research interests focus on Roman drama, primarily the comedies of Plautus and Terence, the reception of Terence’s comedies in Late Antiquity and the Middle Ages, and the teaching of Latin language and literature through the ages.

“I have written papers on Roman comedy, on the works of Plautus and Terence. I am particularly interested in the ways these plays reflect on their position in comic tradition as well as in how they interact with their cultural milieu. At the same time, my larger project is concerned with Donatus’ commentary on Terence, with emphasis on the intersection between education and theatre. In fact, education practices and methods form another central aspect of my research. I am especially interested in the way ancient texts are addressed to later audiences as well as in the methodology of teaching classical languages. Relevant theoretical questions intersect with my own teaching experience, especially regarding Latin language courses addressed to beginners, including the first online Latin course for Modern Greek speakers, of which I am the co-ordinator.”

“The study of Donatus’ commentary has inspired broader questions on the extent to which formal education affected the interpretation of classical Latin literature in later periods and, in turn, how literary production was informed by this interpretation. In other words, the position of Terence in Latin curriculum can serve as a case-study for the way educational practices and methods influenced the understanding of classical Latin texts, and, at the same time, how this schooling experience affected the production of several works of European literature. Besides, Roman comedy is a representative example of Latin cosmopolitanism: a genre with strong, dynamic influence on various expressions of European literary culture.”